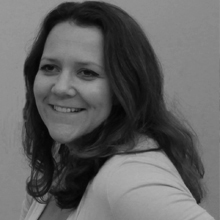 Lindsay Johnston is one of the founding Directors of Pattern, and is now an Architect Director for BDP.

Lindsay Johnston joined Dipesh Patel to set up Pattern in 2009, before the practice became part of the BDP Group in 2021.

In addition to overseeing the development of the company as Chair of the Pattern Council, Lindsay leads the practice’s new business and bid work. She established BDP Pattern’s second studio in Edinburgh in 2016. Lindsay also lends her considerable sports expertise to projects and helps to carry out design audits for ongoing work. Lindsay’s project experience includes an overview of most projects in the company, including two FIFA World Cup stadia, eight venues for the Pan American Games, two Olympic Standard Aquatic Centres and various other venues.

Whilst at Arup, Lindsay developed her expertise in designing for the sports sector and delivering projects with complex geometry – before the days of Revit. She was project architect for the multi-award-winning Kensington Oval cricket ground in Barbados, redeveloped to host the 2007 Cricket World Cup Final. She developed the geometry of the multi-award winning City of Manchester (Etihad) Stadium, built to host the 2002 Commonwealth Games in Manchester, then transformed to become home to Manchester City FC. She was also project architect on One Plantation Place, Fenchurch St, London – which had over 1million sqft of office space and at that time was the largest trading floor in Europe.

Lindsay started her career in Asia, where she worked on Stations and Retail for Aedas and Terry Farrell. She worked for RMJM as project architect on Napier University – New Campus at Sighthill, Edinburgh, and on the Galway National University of Ireland, New Engineering Faculty Building.