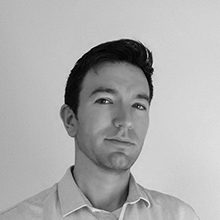 Jesus is an Architect based in BDP Pattern's Edinburgh studio.

Jesus graduated from Granada University with a Master’s degree in Building Management.  He gained broad experience as an architect in Spain working on several national and international projects focused on residential buildings, conservation and restoration of heritage architecture, such as the Alhambra of Granada (Spain) or the Erbil Citadel (Iraq). During this period, Jesus achieved a detailed level of knowledge through all design stages from the design process up to the completion finishes. He completed a specialization in the application of virtual and augmented realities in architecture at the University of Alicante, hence bringing his skills to Pattern as a virtual designer.

Since joining BDP Pattern in 2017, Jesus has been involved in the Qatar Foundation’s Education City Stadium for the 2022 FIFA World Cup in Qatar, becoming an integral part of BDP Pattern’s interior design team, along with the architectural visualisation for several projects, such as Al-Rayyan Stadium in Qatar, VIDENA Sports Complex and the Callao Sports Village in  Lima (Peru) for the Lima 2019 Pan and Parapan American Games.