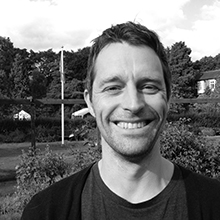 James is an Associate Director based at Pattern's London studio

Jim is an experienced architect with a long history of working internationally on large-scale innovative projects. Skilled in project delivery from front-end design through to technical delivery, Jim is also the Health and Safety champion for the practice and led in the development of new systems integrating CDM with BIM. Prior to working at BDP Pattern, Jim worked for leading practices Rafael Vinoly Architects, BDP and HawkinsBrown delivering significant projects including the £100 million Training Facilities for Manchester City.

Jim is experienced in a wide range of sectors including Sport, Mixed-use, Transport, Masterplanning, Sustainable Design, Workplace, Education, and Historic Environments. Jim is a strong all-round designer with 25 years of experience in the profession. He has continuously won architectural awards throughout his career, including winning World Stadium of the Year in 2016 at the World Stadium Conference for Al Rayyan Stadium, for which he was the Project Director.

In addition to his role at BDP Pattern, Jim Gosling also runs his own practice, Gosling Architects Ltd, and is a studio teacher at the University of Birmingham.