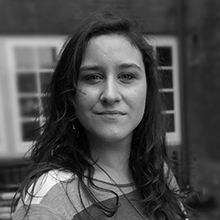 Adriana Lorenzo is a Senior Architect with a specialism in environmental design based at BDP Pattern's London office.

Adriana joined BDP Pattern at the end of 2014. Her first role was as a member of the planning team for the design development phase of Al Rayyan Stadium for FIFA World Cup Qatar 2022. During this period, Adriana worked in multiple areas of the project, including BIM coordination, facade design, construction details and planning. From April 2016 to April 2018, she was one of the key members of the architectural space planning team for the Qatar Foundation’s Education City Stadium for the FIFA World Cup Qatar in 2022. Her main duties cover planning design, coordination and production of information for construction packages. Adriana was one of the lead designers for the Callao Sports Village in Lima, for the Pan American and Para Pan American Games 2019. She worked as project architect on Polideportivo and San Marcos Estadio design and coordination until their completion.

Adriana is an architect with 10 years of experience, who graduated at IE University. She also holds a Post Graduate Master’s degree in Environmental Studies and Bioclimatic Architecture from the Polytechnic University of Madrid. Her master’s thesis developed a series of green, climatic solutions for transforming the city rooftops of pre-existing buildings into local allotments and vegetable patches. Soon after relocating to London, Adriana became a registered Architect with the ARB. After completing her university studies, Adriana worked as an architectural assistant at Studio H2a, focusing on competitions within the educational sector in Madrid. Alongside practice work, she provided freelance consultancy producing energy efficiency certificates for existing buildings, as well as workplace occupation studies for various companies.